Launching of the Comprehensive Upgrading Programme in 15 Schools in Jerusalem 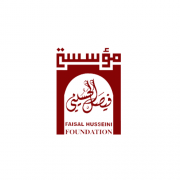 The Faisal Husseini Foundation (FHF), and the European Union (EU), along with the Bank of Palestine (BOP), and other partners and beneficiaries, celebrated today the 27th of September, the launching of one of FHF’s major programmes “The Comprehensive School Upgrading Programme for 15 Schools in Jerusalem”. The programme will serve 4359 students &289 teachers.

This is the third partnership between the EU and the FHF for the benefit of strengthening the inclusive education sector in East Jerusalem. The EU has previously funded two education-related programmes that were implemented by the FHF, where their impact encouraged both parties to continue their investment in this vital sector in the City.

The programme was developed according to FHF’s experience working in East Jerusalem (EJ) schools, in an attempt to counter the effects of the Israeli Occupation. “Living under the Occupation has affected the lives, rights and liberties of Palestinian Jerusalemites”, Mr. Adnan said. He added:” In addition the shortage in resources, and the unfair taxes imposed by the Occupation led to a severe deficit in the social services provided to the Palestinians in the City. Nevertheless we believe that the Occupation will eventually end, and we will be able to gain our freedom and build our independent state.”

In his speech Mr. Abdalqader Husseini the chairperson of the Faisal Husseini Foundation said:  “The programme will increase the access to better education services based on an inclusive environment with scientific research and technological utilization at its heart. The action is expected to enhance schools in raising confident students aware of their role as belonging citizens that know their rights, defend themselves and use the power of logic rather than the logic of power to attain these rights.”

The EU Representative Mr. Ralph Tarraf said."Education is a fundamental right for every human being and every child. We believe that education, research and scientific development are essential elements for building a democratic society that respects diversity, pluralism and human rights. In East Jerusalem, children are facing great difficulties and challenges. Schools are overcrowded, barriers are numerous, and the resources are very limited”, He added: "By working with our partners in East Jerusalem, we help improve the situation and address the challenges.  This project is one of our interventions under the East Jerusalem Programme that will benefit fifteen schools and hundreds of children in East Jerusalem”.

Mrs. Heba Tantash, Head of Corporate Social Responsibility at Bank of Palestine, explained that the bank's contribution aims to support the programme stems, “we believe in the importance of supporting the educational sector in Jerusalem and to translate its commitment to community”, she added.

The programme budget is around €1,800,000 of which 90% is funded by the European Union and 10% by the Bank of Palestine. The program activities include awareness and practical training activities for teachers, students and parents. In addition the programme offers needed technological equipment including scientific and robotic-building tools, interactive projectors, educational software programmes, books, and furniture to the 15 targeted schools.